Mary
United States
Since graduating from college in 2002, I've led an eccentric life. I've worked as a reporter and photographer, and then I became an English graduate student and TA. I got married in 2007, and I've been an army wife, a homemaker, and a stay-at-home "mom" to our cats. I've lived in Germany for several months, bought a home in the U.S., and I'm finally embarking on life with my husband on the same continent as me.

My Etsy shop is in three treasuries!

Treasury East on Etsy now keeps treasuries indefinitely, and this week two people let me know that they had incorporated my earrings into their treasuries. I'm very flattered that my creations are gaining some attention!

Check out these treasuries. There are lots of great artists featured!

This one is my own that I created for fun last month:

Sunset from the Mountains

When I was in Denver with Chris last week, we sought out a sushi restaurant because he said he hasn't found one comparable to Kanpai, our favorite restaurant in Jackson. We're some of Kanpai's favorite customers, and he hasn't had good sushi since he left for Colorado in January. We finally found one that was ALMOST as good -- definitely not Kanpai, but it was tasty.


As we were driving back to the apartment, we saw the most gorgeous sunset over the mountains. Neither of us had our cameras, but we were together, and it was beautiful. When I came home, I made a pair of earrings designed to capture the colors and the romance of the sunset Chris and I shared.


Here it is, our fiery sunset: 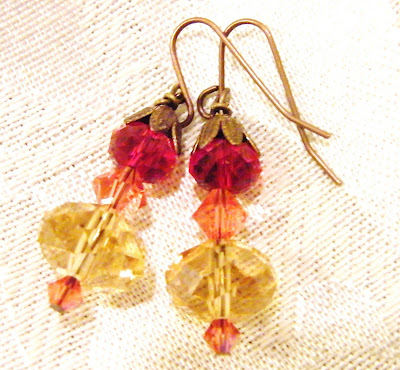 Last week, I went to Colorado to visit my husband who is going to school near Denver, so I've missed a few "Made it Mondays." I took my craft bag, so I could stay busy while he was in class, and I wound up with four pet necklaces and three sock mice. I don't have pictures of the process, but I have some great after pictures. 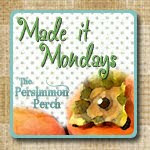 Since it was late when I got home on Sunday night, I didn't unpack my bags. I decided to get back to work this evening, so I brought my craft bag to the living room. Stryker woke up immediately when I unzipped the bag, and he acted like he really wanted to go through it. When I found the necklaces and made sure bag of catnip was zipped up, I let Stryker look in the bag, and he reached for one of the sock mice. He made sure I got all of them out of the bag, and he started playing. 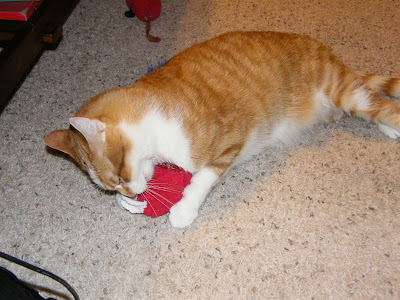 Snowbird came over and wanted a toy, too, and she snuggled up with the white mouse and went to sleep. I love her expression in this picture! 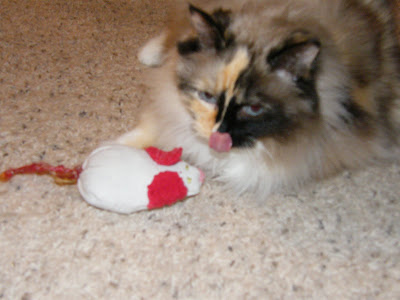 Even Christabelle wanted to play. Spike was taking a nap, so she didn't join in the sock mouse fun. 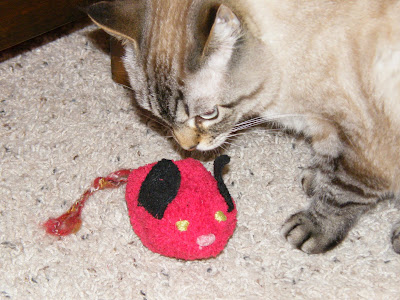 Email ThisBlogThis!Share to TwitterShare to FacebookShare to Pinterest
Labels: Crafts, Links, Made It Mondays

These are some of my new designs this week. My Etsy link is at the bottom of the page if you would like to see my entire collection. 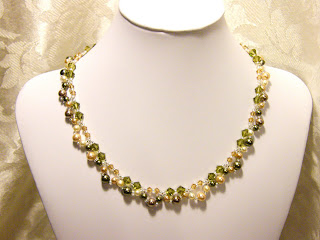 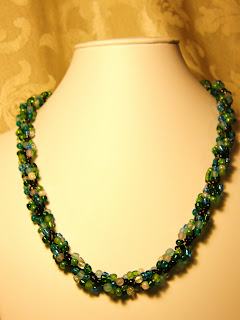 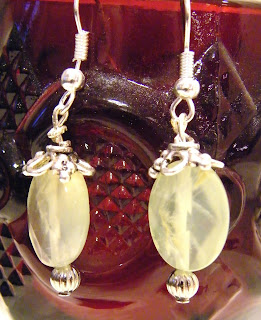 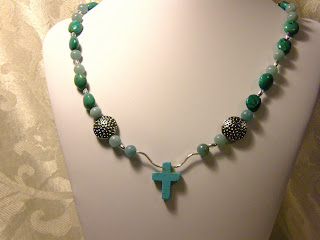 How I Met My House

My friend Rebekah has a post by this title on her blog, and I thought it was a cute idea. She got the idea from "How I Met My House Party."

In 2007, I was living in Oxford, MS, while Chris was deployed to Iraq. We had a one bedroom, one bath apartment, and I knew before we actually got to live in the same location for long, we would need something bigger. Unfortunately, I didn't know how long it would be until we could actually live together. Chris was stationed in Germany, but the Army had no desire to let me move there when Chris got back unless he reenlisted. Neither of us had any desire for him to stay in and face more 15 month deployments and Army red tape. As it drew closer to time to renew my lease, I discovered the apartment was changing management and no longer did 6 month lease extensions. Lovely, I was going to be stuck with my apartment no matter what we figured out for when Chris got back from deployment.

One night we were chatting via Yahoo IM, and Chris mentioned he had been looking at some houses in both Kansas and Tennessee. I looked at the links he sent me for real estate sites, and thought it was pretty cool -- for later. I had a Christmas party to go to that night and friends calling and asking where I was, so I signed off from Yahoo, and left Chris to play on the computer alone. When I got back from the party, my email was filled with house pictures. One was a really cute old farmhouse near my family. Housing prices were considerably better in Tennessee than in Kansas, so that more or less settled where to buy IF we decided to do so. We could get all the things we wanted on a manageable budget, where in Kansas the best we could do was a run down fixer-upper.

My mother had a client who sold real estate, so when I mentioned to her that we had been talking about houses, next thing I knew I had an appointment to meet with Candy, the real estate agent, and talk about what kind of house we were interested in.

The farmhouse was no longer listed, but I gave Candy some requirements: 3 bedrooms, at least 2 baths, real trees around it, preferably somewhere with at least an acre of land. She gathered up some ideas, and the next day we hit the road. The first house we saw was this: 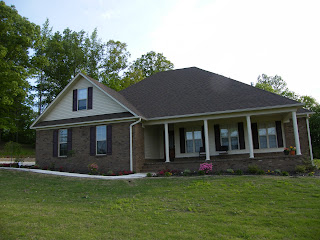 I thought it was adorable, but everybody says you can't buy the first house you see. But really! Three bedrooms, two baths, a bonus room upstairs, lots of closet space, Jacuzzi bathtub, stained glass pendant lights above the kitchen island, and a gorgeous carved fireplace! Plus it sat on about 2 acres!

We saw four more houses. Three were in the same subdivision, and all the houses there were pretty close together, with plans to build more behind them. One had a really nice formal dining room, but it also had a broken front door pane and black widow spiders! EEK!! The other two in that subdivision had weird layouts, and the last one was very cute and cozy (built in bookcases!) but the upstairs hallway was so narrow I could put my hands on my hips and touch both walls with my elbows, and outside there was some kind of leaky pipe. I just kept thinking about the first house. 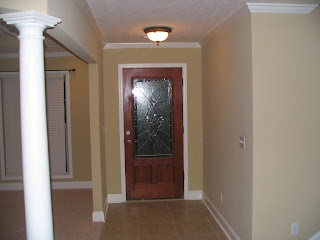 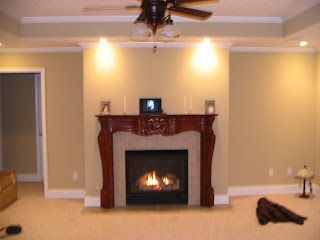 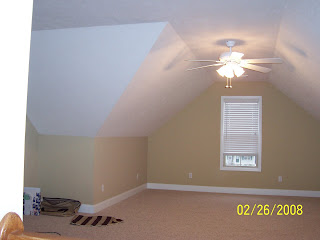 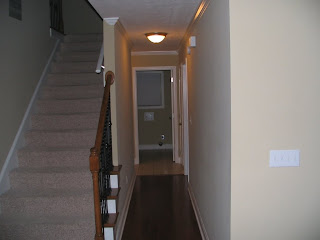 I described the house to Chris when he called, and he told me to go for it. "But you haven't SEEN it!" I argued. "It will be perfect," he assured me. So I proceeded to buy a house my husband had never seen! We closed on it in January, one month after we started looking, and he came home on R&R about a week later. We spent most of his R&R moving in, and for a few nights we didn't even had a bed and slept on the floor in front of the fireplace. It was absolutely worth it!

Two years later, it is still home, even though Chris has only lived here about 6 months total. I'm very attached to our house, and I think he is, too. 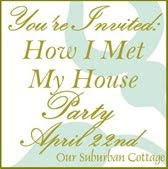